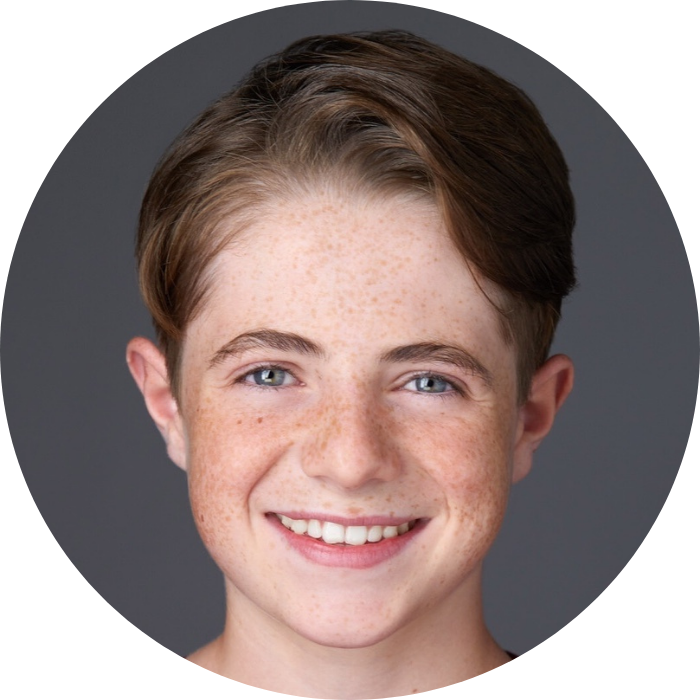 Definitely the last couple months with Paw Patrol, but I have been in some great theatre productions like Matilda, Oklahoma and my favourite of all time, A Christmas Carol. I was in it for four years. My first two years I was Tiny Tim, the third year I was in ensemble, and my fourth and final year - which was the final year of the production - I was Young Scrooge. I’ve done a few TV specials and a few films, but definitely my theatre experience has been the best.

I joined LeBlanc last year. My first class was in March, starting with private sessions with Julian, but the group classes have given me confidence as an actor. Plus we’re working over Zoom, which I was really keen on. It gave me the confidence I needed for Zoom auditions, which I’ve done a lot of this year.

I would probably be red because a lot of people use red the most. Like the toys in Toy Story say, you want to be the one that is used the most.

I would be Jordan Belfort from the Wolf of Wall Street. His life seems so awesome and he sells stocks, and that has always been interesting to me.

I just finished this one 10 days ago, I was watching Community. It’s a sitcom set in a community college and it’s funny. It’s just really modernistic and stylistic compared to other sitcoms. There are a lot of important topics they cover with comedy.