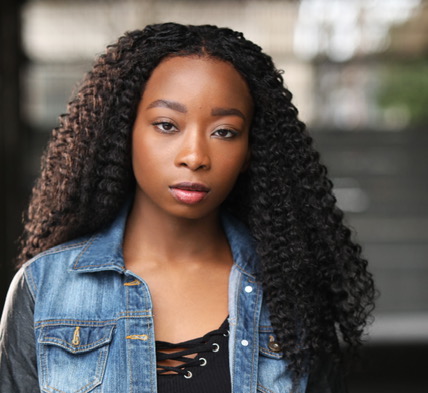 I would say it has been about expanding my craft, working with different directors and having an amazing team around me. All those things collectively aid each other and result to being the highlights of my journey thus far. Every opportunity to tell a story and live a story is a highlight.

I had the privilege of being taught by Julian LeBlanc and Athena Russell who’ve pushed and guided me towards meeting my true potential. They create a safe space for students to be their authentic self and that’s important, especially when you’re new to the industry. When you find teachers who see you for you and won’t accept anything but your best, you work harder and hopefully surprise yourself.

I would be a little bit of everything. I wouldn’t want to be stuck as one colour because, in a way, there’s limited growth and adaption is important to me. Maybe I’ll start off being a sparkly red crayon and then slowly morph into different colours and shades. It sounds cheesy, but as an artist, I don’t want to create in a box, I want to consistently grow.

I would be Frances from the movie Frances Ha, directed by Noah Baumbach and starring Greta Gerwig. I picked this character because I find Frances so daring, as she is tremendously alive. Regardless of how messy her life gets at certain parts of the movie, she has desires, longings and she wants to live life to the fullest. As quirky as Frances is, she is unapologetically herself and there’s something so alluring about being free in your truth. It’s admirable.

The last show I binged was Euphoria. I think that show is brilliant. In my perspective, the show is about different ways of dealing with trauma and finding yourself. It is extremely well done, the cast portrays so much freedom and rawness in their work. Watching it has increased my love for cinematography. I am looking forward to season 2!